I have always enjoyed the relative chaos of our services on Sunday...

We are privileged to have a church family with many nations represented.
So, conversations are taking place in multiple languages.
We have children racing in and out of every space in the foyer, the hallways and bathrooms.
(And six babies that have already arrived, or should arrive in the next 8-9 months!)
Young adults and seniors, smiling and laughing.
Shaking hands and hugging one another.
Music is usually playing through the sound system. 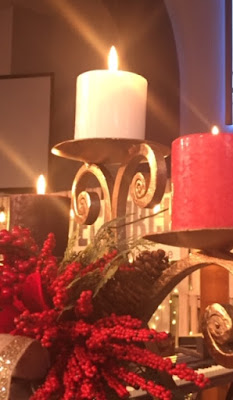 It is a joyous celebration.

However, for awhile now, I have begun to be attracted to another form of joy.

My cell phone was orphaned on my desk in the office.
Laptop; the same.
I was alone, in the church sanctuary, enjoying the quiet after leading a memorial service on
a Thursday afternoon a couple weeks ago.
A small choir of lighted Christmas trees brought luminescence to the platform.
The manger scene also sparkled in the same light.
But there was no sound at all...from without.
Only from within.

(You can confirm this one day with Elijah, but...) I believe, He whispers in order that we might become more attuned to listening.  I am fairly convinced of this.  In fact it's at the point where we are listening so closely, that our actions are in conjunction with thoughts we cannot completely identify as ours, or His that we are the most effective as representatives of our faith in Christ.

It's me somewhere in the background, instead of me in the way.
My ego fades.  I don't need attention.
I just need to have done what He's explained needs to be done...in that whispered awareness.

As I was returning items to their original places on the platform, two people entered the space.  They ventured in, one at a time, so I had personal conversations with each, without the other present.  Both of them were a bit younger than I, a man and a woman, and they were related to the individual who had passed on.  Neither were really sure I think, exactly why they had come to talk with me.  So, when we met at the altar, their words stumbled out of their mouths, like the ideas behind them were arriving as packages that had to be opened one at a time...
"Hello...um...can I talk to you a minute?"
"Sure."
"I just wanted to say..."
Long pause.
"Thank you... I guess."
"Sure.  For what?"
"For the service...for your words..."
"You're welcome.  I was really happy that we had the opportunity to host the service."
"Also," and at this point the man averted my eyes and looked to the carpeted floor.  "I think I want to try and get back to church."
I nodded.
I listened not just to what was said, but what wasn't; following his hand gestures and body language.
"I've tried a couple places," he continued, "but haven't found anything yet that really seems to fit."
"You'd be welcome here, " I said, as brightly as I could, without sounding like I was trying to sell something.
He told me where he lived and acknowledged that if it were closer he would definitely come back.
I shook his hand, thinking that was all there was to be said and he would turn and leave.
But he didn't leave.  He just stood there, the wooden altars between us like a fence-line.
"Can I pray for you?"
"Please," he sighed. 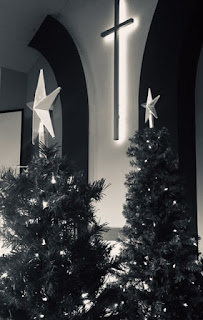 And so I did, and then he brushed a tear from his eye, shook my hand and walked away.

Maybe ten seconds later, a woman appeared coming down the left aisle.  In essence, it was the same conversation, and it ended the same way.
There was the revelation of a hunger for God that wasn't being addressed fully in her life.
Followed by a confession as to what was getting in the way.
Then a prayer and a teary-eyed departure.

It wasn't a prepared dialogue.
I'm not even sure that they knew why they came to me.  What I do know is that it wasn't so much about the answers I gave to their questions.
It was more about the listening, and the availability.
Being available to them, and being available to Him.

I want more than anything, to sense that I am part of the purposes of Christ.  I guess that what I am learning is that most of those moments do not come when I plan for them.
Even though I am a pastor.

We have all these good words to describe it...
Submitted.
Surrendered.
Sanctified.
Yielded.

Let's let those who are worried about the semantics sift out the proper phrasing, but most of all can we just get there!? 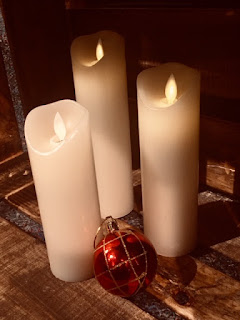 Oswald Chambers wrote, "When we are consciously aware of being used as broken bread and poured-out wine, we have yet another level to reach— a level where all awareness of ourselves and of what God is doing through us is completely eliminated. A saint is never consciously a saint— a saint is consciously dependent on God."

Dependent is a big word.  It's not altogether a word I like to use about myself.
However, I am getting more comfortable with the quiet.
More compatible with being still.
More able to tell myself, "Shhhhhhhhhhhhhhhhhh."