Wish We Could Hear the Music 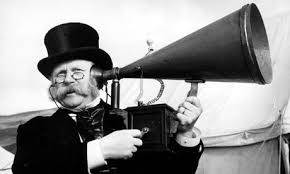 As I continue to grow up, I am learning that there is a voice that calls to us in our confused and rebellious wanderings, more often than we imagine... I am not talking about "the lost",  I'm talking about myself.

When we moved to Africa, I was not prepared for many things that are native to the continent. Two days after our arrival, the sky opened up and dropped water down upon us in a volume that I was unfamiliar with. I watched, as the dirt and rock driveway to the compound we lived in became a river. I had seen a lot of rain come to a country before, having grown up in the area around Seattle, Washington. Yet, the rain came here so heavy and so fast. The lush greenery of Nairobi, stays that way, because of rains like this. 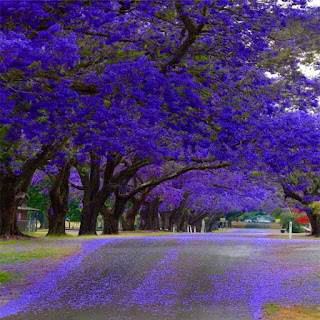 The Jacaranda trees burst out in their amazing vibrant, violet blossoms because of this deluge, coming periodically between days of 80-degree sunshine.
The Flame Tree also owes its beauty to the consistent rains of the equatorial city.  I can remember reading as a child, (having yet to witness this personally) about open prairies that become miles of lakefront when the rainy season sweeps through the plains of the Serengeti not far away. To loosely quote one of my favorite teachers; Bob Benson,

Water always seems to know where it’s supposed to be going…Why don’t we?

It has been directed by God’s hand since the beginning of time.  It falls from the heavens and returns to the heavens.  In between, it flows to lakes, streams or oceans.  Whether it is running down my driveway in Nairobi to bring life to the vines growing in my backyard or into the Rift Valley to give life to the herds of Wildebeest, it flows toward it’s purposed end. There is no indecision or misunderstanding. As I said, it is as though it had been choreographed, following the notes written in a concerto...

I wish we could hear the music.

When Tim called and asked me to visit his friend Kenny, I wasn’t sure what I was getting myself into.
“He’s talkin’ real weird lately,” Tim said. “He keeps sayin’ how he wants to go see his Grandma again.”
“What’s so weird about that?” I asked.
“His Grandma is dead,” Tim said.
“Oh. I’ll try to get over to see him this week.”

The classic-structured Victorian home that Kenny lived in looked sad. Once it had been a major stop on the social calendar of the small town I grew up in. It was a huge rambling three story home, with bay-windows on the lower story and Cape Cod style dormers all around up top. Now in disrepair, the paint peeling off in large sections and the evidence of hard-living teenagers strewn throughout the grounds it just looked…weary.
I walked up to the doorway of the lower floor’s rear entrance, which had been made into an apartment that five young adults had rented. Kenny was one of those five. The door stood open before me, so I just walked straight into the living area. Pizza boxes with only a couple crusts remaining inside, sat open on the couch. Tennis shoes, record albums, T-shirts, dirty plates, silverware, bras and other various items were tossed around the room like fall leaves on the front lawn. I was looking around the space, trying to add up the whole scene in my mind when Kenny walked in from the kitchen to meet me.

He was dressed ragged and was unshaven. His wavy hair hung down to his shoulders. He smiled broadly as he entered and offered a handshake of welcome. He had no idea who I was. After some brief introductions, we began to talk about things spiritual. He was very open about his life and the struggles he was having. He had brought with him some Dinty Moore stew that he opened with a can opener while we talked. Then he grabbed a spoon from between two of the cushions on the couch and began to eat. I watched him with curiosity as he ate and spoke. Suddenly, “mid-chew”, he stopped.
“Oh…I’m sorry. Are you hungry? I didn’t even ask if you wanted some. Here, have a bite.”
He held the spoon out toward me.
“That’s okay,” I managed casually,
“I just had some lunch at home,” which was the truth, but it also was not the reason I passed on Dinty Moore that day.
What I remember most about our encounter, other than what has already been described, is the sense I had in my heart, that Kenny was not hearing me. A soft, separateness hovered over us. It was impenetrable and non-threatening at the same time. I didn’t have to fear for his animosity toward me, no matter how close I cut with my questions. In fact it was the lack of response that bothered me the most. He looked me straight in the eye as we talked, and his eyes feigned sincerity when I asked him to call me if he had any need to talk with someone and he nodded back, but there was a glaze overtop everything he said. When I left and got into my car, I put my hands on the wheel and shook my head then took one last look at the old house. I noticed a yellow shutter that hung at an angle high above, on an attic window, because the hinge had come loose. For some reason it seemed to capsulize all I had just witnessed. Then I then drove away.
Two days later, Tim called me and told me that Kenny had taken his life….

I wish He could have heard the music.

A while ago I was watching a documentary on the gang problem in L.A. The interviewer was speaking with a couple young ladies about their involvement in the whole mess. Having lived in Chicago for some time, I had a general understanding of the emotional attachment that they were speaking about. Then they discussed an incident that actually happened while the reporter was piecing together the story. In a retaliatory shooting a young mother and her child were accidentally caught in the crossfire; the mother was wounded and her three-year-old boy was killed. The interviewer asked one of the girls about her reaction to what happened.
“No reaction,” she said.
“Nothing!?” the man asked incredulously.
“It’s just part of living here,” she said. “You know that it could happen any time to anybody.”
“And it makes no difference to you that it was a three year-old baby that was killed?…An innocent child?”
The young lady just shook her head.
And that’s when I saw it. It was that same look that I saw in Kenny’s eyes a dozen years earlier. My heart skipped a beat. A sickness filled my soul, and I dropped my head, there alone in my living room, I wanted to shout out loud….Why can’t she hear the music?

It was a short time after the television program that I just mentioned, on a Saturday evening. I was busily working on the final touches for the Sunday sermon when I heard the music. Now it wasn’t the first time I had heard, but it was this time that stopped me in my busy preparation mode and brought to me the idea that I am now trying to communicate. I had put on a pair of headphones and was listening to a CD as I was writing. It was the first time I had used the headphones, but not the first time that I had listened to the CD that was playing. As it played, I noticed that I was hearing with wonderful clarity, different rhythms and even instrumentation that my ears had never been privy to in the past, even though I had heard the songs being played many times before. The Lord caught me by the scruff of the neck and shook me a bit. It was clear as what I was hearing through the headphones. If you only knew how often I try to speak to you; try to help you hear things that are unique and special and you miss it…. 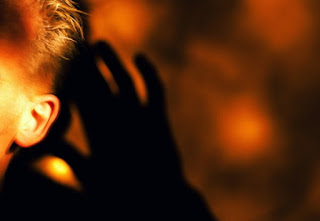 Just then His Spirit drew my attention to my two daughters who were seated at the kitchen table. They had earlier complained that the dinner that day had not satisfied. So my wife had prepared a rare, late-night delight for them. Top Ramen and grape soda. Life doesn’t get much better than this on a Saturday night for two kids who have just gotten a reprieve from “bedtime.” My youngest was missing the two front teeth on her uppers and so she was slurping those long noodles through the gap there, like a fire-truck reeling in hose. The resulting overspray from the soup was splashing onto her sister’s eating area, but instead of being frustrated, the oldest just reared back her head and laughed. There they were, in their nightgowns, slippers, and robes. Huge, purple grape-soda moustaches were on their upper lips, as they roared with laughter. I sat in silence, barely containing myself. They didn’t even know that I was watching. It was only a moment and then the noodles were gone and they were off to bed.
After they had gone, I thanked the Lord for that moment that he had brought me and for the moment in which I heard the music of joy that He wanted to play for me. My belief is that He is always playing music for us. Many times it has a different melody or rhythm than what we would expect to hear,  but it is always there. If we could just open up, take the time to listen, it would change so much about us. In some situations maybe even restore life where it has been lost, like water rushing to fill an empty lake bed in Africa, or perhaps it could breathe meaning back into lives colored gray with apathy….if we could just hear the music.

Posted by Everett C. Tustin at 3:14 PM No comments: