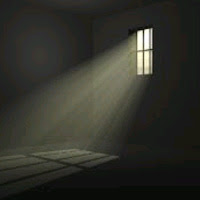 I awoke at 3am a couple weeks ago.
Sleep felt claustrophobic and heavy.
There was lighter air that came with a thought; an embraced truth.
It drifted to my heart and was unveiled in my mind like unfurled ribbon.

Lay hold of that for which Christ Jesus laid hold of you.

The words began to bang around inside me like a tin can kicked down an alley.
They clanged against shadowed corners of my thinking and brought new light and life to my mind.
They stretched me out and noted my weakness.
They identified my strengths and hopeful thoughts, but also the worn and weary edges of my commitment...to that voice; to the One who called me in the long ago.
I was just a teenager.
A dreamer.
Not as much a leader as a follower.

I'm 54 years old now.
I am tired sometimes.
I don't like to admit it, but I get there; both in strength and in spirit. 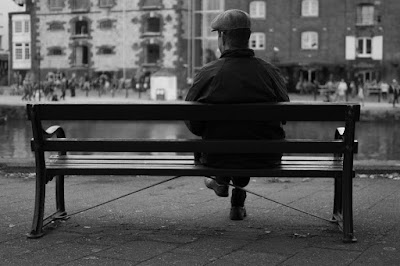 Still, I carry a banner.
I carry a cross.
The one that's mine.

In the grayer days I have laid it down and picked up other things that seemed lighter and less obtrusive and stepped to the side.


I just found a rest stop and sat there awhile, with indefinite plans, before walking again.

And He sat beside me,  observing what I was holding and what I had laid down.  Today I realize that He has always let me go where I wished and walked with me even on those days; patient and silent..until that 3am wake up from His Spirit.

And I discovered the gray that seemed easier to carry was no longer so.  It had become cumbersome, so I let it go.

I have found that clarity is feather-weight.
It is sunrise.
It is freedom from the mundane, it is to....

Lay hold of that for which Christ Jesus laid hold of you.