The Price Was Already Paid

His Dad was an alcoholic. Mostly when he showed up for the little league games, Kenny wished he could crawl under third base and hide. His dad would get louder the more he drank, which I guess really isn’t all that much of a surprise. As the coach, I mostly prayed that his dad wouldn’t show up very often...that prayer was answered.

I remember my years in little league, high school, American Legion and even on into college. My dad tried to be at every game he could. I was as proud to have him there as he was to watch me play. Kenny would get increasingly agitated and angry whenever his dad came to a game. It was hard to know what to do as his coach. It’s one thing to tell a kid to ignore a loudmouth in the stands or on the other team, but what do you say when the loudmouth is the kid’s dad?
Kenny would get embarrassed. So would I.
Still, as I said, he only came to a couple of the games that year, so for the most part it wasn’t as big a deal as it could have been.
The “big deal” came later. It was about half way through the season when Chris, our Boy’s Club director asked me into her office. She had a report on the kids who had paid their team dues. Kenny hadn’t paid yet.
“He has to pay sometime soon,” she said. I knew Chris well enough to know that if there was any other way to handle this, she would have already checked it out.
“He’s the only one left. You better talk with him.”
“Oh joy!” I thought to myself.
I asked Kenny to stay after practice the next day so I could talk to him about our “situation”.
He was kinda fidgety while we talked, but said that it shouldn’t be a problem. His dad got their monthly welfare check in a week. If the club could just wait until then, everything would be alright. So I went to Chris and explained the plan. She was fine with it. Things went on as normal. The day before the end of the month, I reminded Kenny about the arrangement and he nodded in understanding. At the end of practice the next day, I caught him as he was leaving.
“Hey Kenny, do you have that money for me?”

He looked to the ground and kicked the infield dirt a little, “No. Dad left the house as soon as he got his check, I haven’t seen him since.”
“Don’t worry about it,” I said. “Just tell him you really need it when you see him, or the district office says you can’t finish out the season. A couple more days is nothing. O.K.?”
He nodded his head, but didn’t lift his eyes to mine. I had a real uneasy feeling about things. I went into Chris’ office when I got back to the club to talk to her.
“Is there any type of scholarship program for situations like this?” I asked
“Not really. You can take it out of your athletic budget if you want. If his parent will come in and talk about it we can work out a payment plan, but I know Kenny’s dad, I doubt he’ll come in.”
I knew she was right.
“What if someone pays it on his behalf. Is that alright?”
“Sure,” said Chris, “But if you happen to know that someone who would pay, tell them not to make a habit of such things, because in the long run it really isn’t always the best answer.”
She looked me square in the eyes with a small smile on her lips.
I understood.

The next morning, the sun was bright and I was thinking ahead to the game in the afternoon. The bicycle I rode to work sped me down the alleyways and sidewalks past the Diversey and Clybourne intersection and on to the front doors of the club. I had come early, hoping to have some time to plan for some of the open gym activities for the next day. As I was fiddling with the keys to the door I saw Kenny coming down the sidewalk carrying a brown grocery bag in his hand. He had a very forced look on his face. 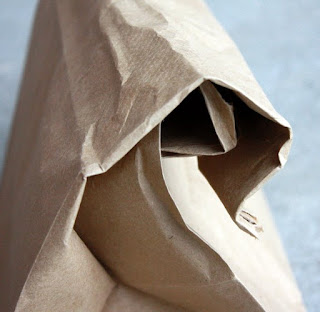 “Here, this is for you,” he said sternly.
“What is it?” I opened the sack and looked inside. It was his uniform, clean and neatly folded. He spun away from me, but I caught his arm and pulled him back. There were big tears in his eyes that he began to angrily brush away with clenched fists. His once firm jaw, started tremble.
He fought to pull way from me, but I held him tight.
“What happened Kenny? What happened to the money?”
“My Dad spent it already. He went out and spent all of it on booze last night. It was his birthday. I hate him.”
His whole body was shaking now as he began to cry openly. I pulled him inside the doorway because I knew that it would worsen the moment if any of his friends saw him like this. I wanted to say, “I hate your dad too.” The honest truth is, that was what I felt, but I knew those words wouldn’t help. Kenny’s dad was still his dad and whatever I felt about him wasn’t going to change that. He would still go home to the same house tonight. For a moment I stumbled around not knowing what to say, (I seem to have that trouble a lot in life) but finally I managed these words,
“I’m upset with your dad too Kenny. You have to remember though, there are some things in life that we don’t understand. I don’t get why your dad has this problem, but my sense is that the only thing that will ever change him is God. We need to pray for him don’t you think?”
His eyes looked up to mine, a mix of anger, hurt and embarrassment. It reminded of a little child who had just fallen on the sidewalk and skinned their knees running to their mother for comfort.
“The other thing I wanted to tell you was this,” I said, handing him back his uniform, “Someone came into Chris’ office yesterday and donated some money to the baseball team for scholarships. She said we could use it for your team dues.”
It is truly something to see when a very measurable weight is lifted off of another person’s shoulders. Kenny’s face changed completely. I really can’t describe it.
Looking back on that moment. I guess what I was watching was the literal effect of grace in another’s life. No, it wasn’t necessarily a spiritual experience for Kenny. Yet, you could say that very definitely his spirit was lifted. In some way his sense that someone cared for him was heightened.
He dried his eyes.
He lifted his shoulders up and stood straight with deep relief evident in his whole body.
A solemn, but hopeful smile spread across his entire face.
Like I said, maybe it wasn’t a spiritual experience for Kenny, but in hindsight it has been for me.

That moment will be a visual image all my days of what “grace” looks like on a person’s face.
A gift of undeserved favor.
The difference it can make in your outlook; in your appearance.
I wonder if we realize the spiritual implications of this concept. I think sometimes that we in the church have taken away grace as our bridge to heaven and somehow replaced it with a badge that we all can earn in some way. Grace isn’t grace if you have to earn it. I am not a great theologian, and don’t pretend to be, but earning any aspect of our salvation just doesn’t jive with my best understanding of what Jesus was saying when he taught us about grace. When we truly understand that there isn’t, wasn’t and never will be a way to earn God’s love for us, most of us will be a lot better off than we were beforehand.
Somebody loves me.
Somebody cares so much for me that He gave His life  for me...as undeserving as I may be.
There was no bargaining involved. He didn’t try to sneak out of it.
He saw my face that day in Gethsemane.
He looked past my eyes and into my heart.
Then He looked Death in the eye and didn’t blink. It was Death that looked away first....
...and because of that I am the beneficiary of something I really have a hard time trying to explain sometimes, and have been recipient of, more times than I can number.
I do know this...it sure feels good!  In fact it has changed my life, and I would count it a privilege to share that gift with you.  :)