We had become three.
A family.
Our first daughter was born on December 4th.
On December 24th we piled all that we planned to share with Rhonda's family for Christmas into the 1969 VW Squareback and headed South, down Interstate-5.

Rhonda had spent weeks creating special homemade ornaments for her parents and her sister's family.  They were made of baked clay, intricately hand-painted and then varnished. She had put wire loops into the top of each, and tied ribbon to the loops so that they could hang from trees.  There were snowmen, Santa, Mrs. Claus, reindeer, candy canes and other incredibly and wonderfully made symbols of the season that my mind can no longer take hold of.  My wife is a very talented woman.  This collection of pieces was a labor of love for her family as well as a money-saving device for us during this "first-as-a-family-we-don't-have-much-money" sort of Christmas celebration. 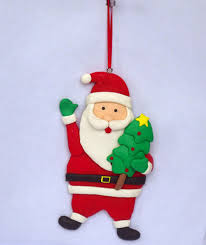 We had managed a single gift for each of the family members, in the weeks before Christmas, but nothing elaborate or costly.   Everything was wrapped, bowed, then gently and precisely-positioned into the back of the VW.
Our daughter was nestled into her brand new carseat.  We had no idea how she would handle the 8-9 hour drive, but within the first hour after leaving home, her head fell forward against a padded support and she was out.  Our little car rambled on into the cold December night.
Through Olympia and then Centralia.
Past Portland and Corvallis.
We were making really good time.
Not a stir from the baby.
As we drew close to Southern Oregon a fog descended onto the roadway until it enveloped the landscape ahead.  We had to drop our speed from 60 to 45.  From 45 to 30.  We had planned to arrive around 8pm.  The lights were on at a gas station in Grant's Pass so we pulled over, grabbed a snack and waited to see if the fog would lift a bit.  It didn't.  So, we got back into the car and drove.
At one point we discussed that we should have called Rhonda's folks at the gas station, but we hadn't.
It was 1985.
A cellphone call wasn't an option. 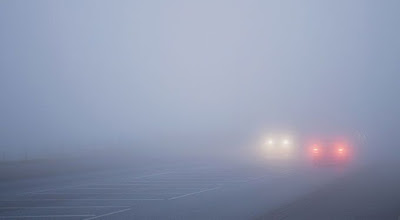 Instead of the fog moving away, it got thicker.  Most people had the sense to get off the road.  There was nearly no traffic on the highway.  The fog became so heavy I couldn't see the painted lines on the road before me.  I slowed the car to 20 mph, and then even slower.  It sounds crazy, but in order to stay in the lane, for a while, I opened the driver-side door and looked down to my left; just trying to keep the car to the right of the white, dotted line.  It got so bad, I decided to pull over to the shoulder of the freeway for a moment to discuss our options.  We talked about the possibility of staying right there until Christmas morning, but decided against it.   We edged back onto the road, and plugged along at 5-10 mph for what seemed like a long, long time.
Finally, we saw a glow, amidst the haze in front of us, and in a little bit, road markers telling us of the coming exits into the city of Medford.  A big sigh of relief.  A few moments later and we had arrived at our destination.  It was close to midnight.  We were so tired, we just grabbed a few necessities, including our newborn baby and scrambled into the in-laws house, greeted the family that was there and were soon in bed and asleep.
The next morning; Christmas day, with the smell of pancakes, bacon and coffee in the air, I trudged out to the VW to get all the packages that were left there the night before.  My wife's nephew, Seth, was bouncing along beside me excitedly, knowing that there was a present inside the hatchback for him.
"Uncle Ev," he said, "Where are the presents!?"
I had walked directly around to the driver's side of car, remembering something I needed to gather from the front seat area.
"They are right there in the back," I replied.
He was standing on the bumper, his two, little hands cupped together in a circle and peering between them through the rear window.
"Where Uncle Ev?  I don't see them."
"Just a second Seth.  They're right there.  I will help you with them after I find something else I left up front last night."
"But I don't see them Uncle Ev.  Where are they?"
"Right there in the back....just hold on okay?"
"Okay."
I closed the door to the driver's seat, walked past the frost-covered windows to the back of the car, lifted the hatch and reached in to grab all those carefully wrapped gifts that had traveled with us from Enumclaw, WA to Medford, OR.  Only....there was nothing to grab.  Everything was gone.  I looked at the empty space for second, and rubbed my eyes like it was a mirage, closed the back and walked Seth into the house.
I asked if anyone had gone out to the car to bring our stuff inside already.
A chorus of negative responses.
My heart sank as I shared the reality of what had taken place during the dark of Christmas Eve-night with the rest of the family.  Everything but the baby's carseat had been removed from our car.  All of the presents and ornaments were gone.  Even my wife's winter jacket, which I had bought for her the Christmas before, when we lived in Chicago. 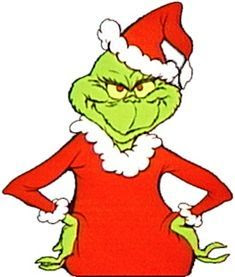 I have never tried before now to write this story down.  Some years it comes to mind for Rhonda or I, but we don't really spend much time discussing it.  Not because it is too painful to recount.  The truth is, it has become more of story about faithfulness than tragedy.  I remember the pain of the moment only slightly.  I hurt most for my wife who had put her heart into the special-made gifts that she had prepared.  The rest of the stuff was replaceable.  Those items were not.
For a while I held out hope that somewhere, somehow the police might stumble upon some hand-made ornaments cast aside in alley-way in the city and call us to come pick them up.  They did not.  So, mostly the whole event has drifted away into the abyss of past memory, supplanted in time by all the Christmases where we received abundantly more than what we have needed or deserved.
We are contented.
We have been taken care of.
That was 31 years ago.
The year that Christmas was stolen, but not really.
The holiday was wrapped in the joy of the journey that God had brought us through to get to that day.  Not just the drive through the night, but the longer journey of our lives.
Once, we were two young people in college.
Then we were dating.
Then we were engaged.
Then we were married.
Then we were a family.
There was lots to think on and be thankful for.
The pancakes, bacon and coffee of Christmas morning still tasted oh so good in spite of the rough beginning.
And today I am convinced that no one can steal from you, anything that you have freely let go of already.
He is faithful.
He is trustworthy.
In Him we find completeness and wholeness.
In Him we lack no good gift.

Posted by Everett C. Tustin at 3:25 PM No comments: