All The Little Choices... 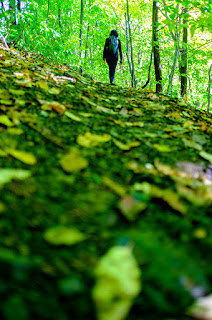 Life.
Real life.
It is a knapsack full of triumph, stumbles, detours, joy, and pain.
I believe...there is also an active, living, force that works against us in this unfolding story, and he's clever regarding how he goes about the subterfuge.
He knows that mostly if we saw what he was up to we would not give him any attention at all.  So, he will use as many little distractions as it takes until we struggle to hear the voice of the one who made us; the one who keeps us, loves us and calls towards becoming the best version of ourselves that is possible.

That is what these few paragraphs are about....

Mr. Waldemarsen.
He was at least 6' 4".
Norwegian.
Well over 200 lbs.
Square jaw.
Broad shoulders.
Crew-cut hair.
When he talked, which wasn't a whole bunch, you could hear the accent, heavy in his voice.  Most of the time I saw him, he was wearing maroon, rubber galoshes that went over his calves.  They had a gold stripe around the top. 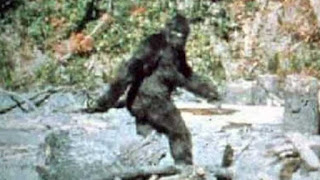 He lived in town, but he and his wife owned property just west of ours.  Probably 10-12 acres.  He had a few horses, mules, donkeys and cows...oh and one day he began to keep bees in the wooden stacks of hives toward the north end of his field. Sometimes he brought my Mom fresh honey, still dripping from the comb in a Ball canning jar with no lid.
His arms swung low to his sides when he walked, his back straight; striding across the field to feed his cows looking like the famous "Sasquatch" video of the 70's.
If he saw me, across the barbed-wire fence line, headed towards our barn to feed our own animals, he would stop, lift one of those swinging, tree-branch arms high in the air, smile broadly and wave.
Sometimes I saw him talking to my parents, but in all of the years that I was growing up on the farm, I don't remember having a single conversation with him myself.  We didn't really have any reason to talk.  I was a kid growing up; doing my chores around the farm, hoping to get away and do something more exciting as soon as it was possible and he was working around his animals, the bees and his barn because he loved it.  He spent his free time puttering around all that was there on the property, I tried to spend my free time anywhere else I could escape to.
During the summer of 1983, as a junior in college, I had secured a job in Chicago as Athletic Director a North-side Boy's and Girl's Club.  It was going to be a huge step for me, committing to dive into an adventure not only far from home but in a city that was literally a thousand times larger than the one I grew up in.  There would be a myriad of fresh challenges to encounter.
It was just a few days before I left that my Mom handed me an envelope with a card inside.  She said it was from Mr. Waldemarsen.  My name was scrawled in cursive outside the envelope, and I noticed a small bulge in the center of the envelope, and rubbed my thumb across it before tearing it open.
The card inside was small and white.
It said, "Best Wishes..." across the front. 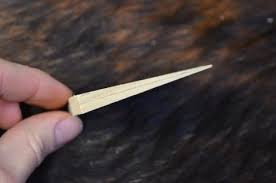 When I opened it up, a tiny piece of wood tumbled out onto my palm.  It was about an inch long, and one-fourth inch wide.  It was also a fourth of an inch tall at one end; planing down to a razor-thin edge at the other.  There was a note written on the lower half of the card.
One sentence.
It said, "The enemy knows how to use the smallest wedge to separate you from God, so be watchful."
And then beneath that sentence, "Sincerely, Don."  Then there was a smiley face.  :)
Truth.
I remember that note often.
I wish I'd kept it.
I later thanked him for it.
He just smiled, put a huge hand
on my shoulder, and said, "I knew you were headed for an adventure, and when we go on an adventure, it's smart to prepare however we can."
Indeed.