Years ago, in the first church I pastored, we had one of those number boards that hung at the rear of the sanctuary. Usually the ushers would post the total attendance right after the morning offering. Shortly after accepting the invitation to pastor that church, it was announced with great fanfare, across our district, that there would be an attendance competition, and the winner stood to receive a new fax machine!  We didn’t even own a computer and it was the 90’s for heaven’s sake. I was determined that we would win this fax machine and show everyone that we had joined the technological age. 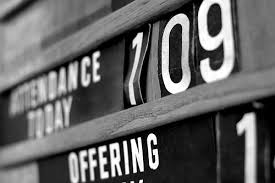 On one particular Sunday, during the height of this attendance drive, the ushers had put the number up on the board earlier than usual. To me, it looked to be a bigger crowd than the figure that was posted. Yet my estimate came from my seat on the platform. So I decided that I should walk down the side of the sanctuary, like I had a message for the ushers and get back to the platform before the offertory was finished, doing a quick count, from front to back as I walked.  I was doing pretty good, counting and shaking hands as I went, but about two-thirds of the way down the aisle I failed to take into account the low height of one of the stained wooden beams that supported the beautiful natural wood ceiling in our sanctuary. Either I was too tall, or the ceiling was to low. I’m not sure which is the case, but one thing I know for certain, a six-inch, micro-lam cross beam doesn’t give much when it comes into direct contact with a human head. Whack! I smacked the side of my head into the beam. About six or eight of the people in the pew witnessed the alarming event and immediately began to laugh.
Needless to say, I lost count in the collision, and so discontinued the effort. After the offertory I told the congregation what had happened and they all laughed with me (or at me, I’m not sure which). I have never attempted to recount a total again. Although, admittedly it is still an occasional temptation. In fact, that week I moved the board to a place where I couldn’t even see it. I wish I could have burned it. As long as that silly thing was around I gave it more value than I should have.
This lesson became even clearer to me through the near-tragic testimony of a good friend... 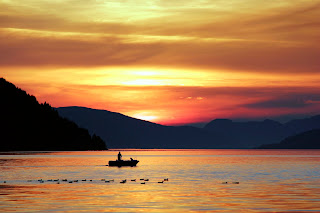 The boat cut smoothly across the clear, blue water of Anderson Reservoir, up above I-84 and in between Boise and Twin Falls, Idaho. The motor purred, near silently and our spin bait was drawn several lengths behind the boat as we trolled for kokanee salmon. We had already caught a handful, and they swam anxiously in the live-catch hold inside the boat. The sun was beginning to set as we made one last, long pass across the near side of the lake, now becoming shrouded in shadows that were creeping toward the east-side of the canyon walls.
My fishing friend broke the silence, “It was right up there,” he said, pointing to an area on the bluffs above.
“I just pulled the truck over and pulled out my shotgun.”
I listened intently, my eyes on his figure silhouetted against the opposite side of the boat.
“I would have pulled the trigger, except I kept thinking about what would happen to my wife and kids.”
The boat continued ahead, cutting a rippled “V” in the crystalline water. In the following moments my friend explained to me about how the criticism and wrongful condemnation of the community, in particular people who he counted as supporters had brought him to this state of confusion. My friend is a big man, a former college football linebacker, once even a prospect for the NFL. It’s hard to believe that mere words could break someone like that,...and yet they almost had; completely. I cannot comment on the right or wrong of all that happened in respect to his situation, however, I can with certainty say that it was the opinion of others that wounded my friend’s heart to the point that this quiet, mountain of a man was ready to take his own life. 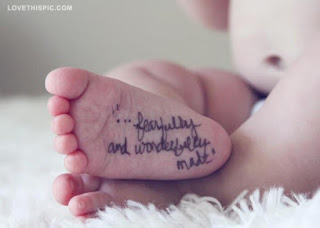 I know that too often, too many of us listen too much to what others have to say about who we are. Now, without question, I believe that we need to have some in our lives who we remain accountable to. The problem comes when we begin to base the success or failure of our life on the response we get from others. Whether it’s the attendance figures at our church, the won-loss record of our team, making or not making the cheerleading squad, winning or not winning the class election. The list goes on and on.

My creator knit me together in my mother’s womb and all His works are wonderful...(Psalm 139:14)

He is the only one I want to allow to have an opinion regarding the success or failure of my life’s endeavors. My hunch is that if I commit each day to Him, one at a time, doing my best to live within His call for my life, that when the day is done, His usual comment to me, regardless of the score, will be, “Well done, thou good and faithful servant!”

Posted by Everett C. Tustin at 1:50 PM No comments: