There was a joy in the air.   Our youngest daughter had just received and accepted a marriage proposal.  My wife and her spent the next several days trying to put together the myriad of plans that were necessary to pull off a ceremony.
We were excited to share the news with all of our friends and family.  Our grand-daughters were over to our house one evening soon after the announcement, and we asked the youngest one, 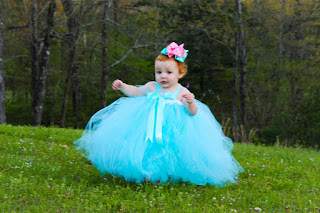 "Do you want to be the Flower Girl for your Auntie's wedding?" 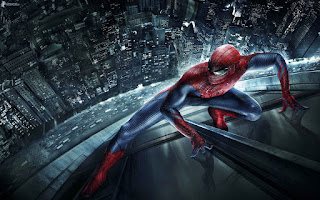 The four-year-old furrowed her brow, looked annoyed, and emphatically said, "No."
"What?" I said, thinking that I had just offered the opportunity that all young girls ache for,
"You don't want to be Flower Girl?"
She shook her head again and said with staunch determination, "No, I want to be Spider Man!"

We all laughed...except for a certain four-year-old who failed to understand the humor in the moment.  She was serious as a thunder storm.  She knew who she wanted to be and our pre-conceived notions were not going to dissuade her.  You could see it all over her.
Flower Girl? (insert image of wrinkled nose and sour expression here) What kind of special powers does Flower Girl have?  Certainly she could not compete with Spider Man.  Spider Man crushes Flower Girl - case closed.

While living in Nairobi, Kenya about a decade and a half ago, I read a beautifully written book entitled, West With the Night, by Beryl Markham.  It's an incredible autobiography about the first woman to fly solo across the Atlantic.  She was a hunter of lions.  She was a racehorse trainer.  She wrenched all the life she could from East Africa in the 30's and 40's like she was wringing it out of a damp wash rag.  But I noticed something else in her writing.  It seemed that there were people who came along at just the right time to spill light across her path in such a way as to inspire and encourage "next steps" that otherwise may not have been taken.  She describes such a moment in time, just before she determined to learn to fly airplanes.  Her trail was intersected one day by a young man who was attempting to nurse life back into a broken-down automobile.  The two were discussing progress.  Remember, this was a time when horses were the main form of transportation in East Africa.  There were few motorcars and fewer planes.  At one point in their dialogue the young man described for Beryl his growing affinity for flying, 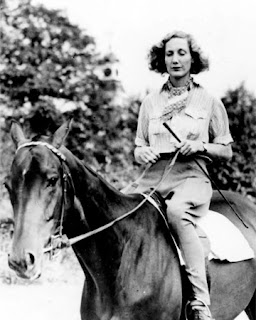 "When you fly, you get a feeling of possession that you couldn't have if you owned all of Africa.  You feel that everything you see belongs to you-all the pieces are put together, the whole is yours not that you want it, but because when you're alone in a plane, there's no one to share it.  It's there and it's yours.  It makes you feel bigger than you are -closer to being something you've sensed you might be capable of, but never had the courage to seriously imagine."
This is an invitation.  It speaks to my heart about something I have never done, but am suddenly wishing I had.  It is amazing.  It makes me want to fly.  The descriptive phrases draw us out of our easy chair.  The author, Ms. Markham was equally touched.  Here was her response:
"He had been lavish with a stranger.  He had left me a word, tossed me a key to a door I never knew was there, and had still to find.  'All the pieces are put together, and the whole is yours...'  A word  grows to a thought - a thought to an idea - an idea to an act.  The change is slow, and the Present is a sluggish traveller loafing in the path Tomorrow wants to take."
As is often said, "The rest is history."
In Matthew, chapter 4, we read this: "Walking along the beach of Lake Galilee, Jesus saw two brothers: Simon (later called Peter) and Andrew. They were fishing, throwing their nets into the lake. It was their regular work. Jesus said to them, “Come with me. I’ll make a new kind of fisherman out of you. I’ll show you how to catch men and women instead of perch and bass.” They didn’t ask questions, but simply dropped their nets and followed." (Message)
All three of the story lines shared above speak to moments in time where folks turn their focus toward something larger than themselves.  I am going to be Spider Man!   I am going to become a pilot!  I am going to become a fisher of men!

Granted, the second and third seem more realistic; more possible, but they all involve risk, determination and commitment.  I guess that what I am realizing today is that the adventure in life truly begins when we are willing to step into a place of uncertainty.  Our Christian experience is so like that.  The conversations of our lives take on fresh and dramatic plot twists when we are willing to lay down our nets and follow Him.   The invitation stands waiting.  There is more to each of us than we right now can imagine.  We must be willing to wonder, willing to move, even willing to fly whether we own a cape or not.  He said....Come... and I will make...!  Only the first step is up to us, it is letting go the familiar for the sake of the unknown....the "making" part is up to Him.  :)