The Heart of God

I offered pizza.
They happily agreed to my offering; standing in the rare sunlight of a February afternoon, with smiles on their faces and shovels in hand.
So I phoned Domino's the next day.  They delivered lunch, and the folks from Stone Soup Gardens went to work on placement of four, 4000 gallon water catchment cisterns for the community garden being built on the south parking lot of our church. 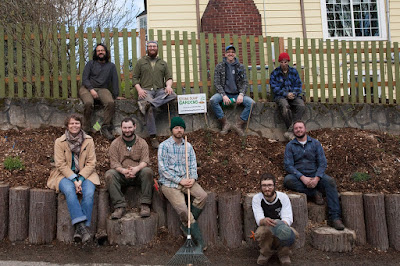 A couple hours later, I was talking with the crew during a short break.   They thanked me for the pizza, and I said, "Can I just say to you how much I appreciate all of the work you are putting into this project.  I don't know your faith background, but I think that the work you are doing makes God real to people who are struggling, and need to know that someone cares. Thank you for that."

Regardless of what we believe, I think that each of us at some point, ask ourselves, "If there is a God, How does he feel about me? Does God even know who I am or what I am going through?"
I wish the church was better at showing how deep God's love is.
I wish that I were better at it too.  There have been many times that I have prayed that God would allow me to have his heart, that I could share a better hope or a deeper peace with someone who needs it.  When that prayer is answered,  I am drawn into a depth of concern and focus that is all-consuming and relentless.
So, I want to suggest that our God is an emotional being, and much more than we tend to imagine.
His heart is BIG and incredibly sensitive to what we are experiencing individually.
All of us...all of creation...all the time.
We have emotions because he made us in his image, so he is an emotional being.
Also, I don't know if we really believe this.
We are not convinced of the idea that our God is really that deeply connected to us when we are hurting.

In response to that uncertainty, I give you Jesus.

Luke 19:41-42English Standard Version (ESV)
41 And when he drew near and saw the city, he wept over it..."
That means he sees the village life on the outskirts of Jerusalem as well as the dynamics of those living in the urban settings.
He sees the families that just arrived in the city, trying to make their way in new surroundings and those who have lived there for decades.
Those who have work and those who don't.
Those whose social standing is elite and those whose standing is servitude.
Those struggling with addictions and those who are free.
Those surrounded by family and those who feel completely alone.
Jesus takes a sweeping look at the city of Jerusalem. He takes in all that is happening there...

Couldn't  that be the Kent-East-Hill that he is looking at?
Or Covington, Renton Highlands, Tukwila, Federal Way, Des Moines, Auburn,
Maple Valley...The Greater Seattle area or Tacoma?
Can't it be wherever we live?
He sees our neighborhood.
He knows our issues, all of them, and He weeps.

In another gospel account...same scene, He says,
"How long have I wanted to gather you unto myself as a hen gathers her chicks under her wings"
That is not an image of a God who only cares on major holidays, like Christmas and Easter, or only pays attention when it will bring media coverage.  That is the image of a protector, a nurturer, someone who desires to be as accessible as possible,
and is moved to tears when he has to watch us struggle on without him.

Then, there is this SECOND illustration, found in John's gospel...it is more intimate still.
John 11:33-36English Standard Version (ESV) 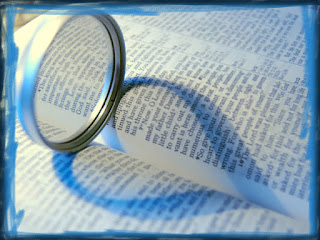 33 When Jesus saw her (this is Mary, Martha's sister) weeping, and the Jews who had come with her also weeping, he was deeply moved[a] in his spirit and greatly troubled. 34 And he said, “Where have you laid him?”They said to him, “Lord, come and see.” 35 Jesus wept. 36 So the Jews said, “See how he loved him!”

These verses show us again, that Jesus doesn't come to us
as a doctrinal concept,
a theological position,
a core value....
Jesus is not a something, but a someone.
...And he weeps over the pains we experience and the separation that we feel from him...when we are trudging through it alone.