Let Nothing Be Between Us

What I hate...and I rarely use that word, because it is so burdensome, is watching a family disintegrate because they have squared off against each other.  I have seen it happen in all kinds of settings; in counseling, at funerals, even weddings.  It's so disheartening to watch.  It usually begins with something small.  Something hardly worth mentioning.  A pin-prick.  Then it grows.  Fear and selfishness push it along until the pain blossoms into a rage, a wall or a weapon.

I am not concerned about anything that would challenge us from outside the family.   We were given  more than enough to stand that test.  Like the woman in the city square, the stones were gathered in a circle at her feet, but none of them touched her.  And she rose from that place; whole and without condemnation, embraced by the love extended by the head of her new family.

I sometimes wonder though.  Once He restored her and brought her into the family, was the rest of the household able to see her as Jesus did, or was their memory too long and their love too shallow to handle it.  We give up on each other so quickly.  If God's house ever goes empty, this will be the reason why.  It won't have anything to do with the world.  It will have to do with fear and selfishness that hides out in the family. 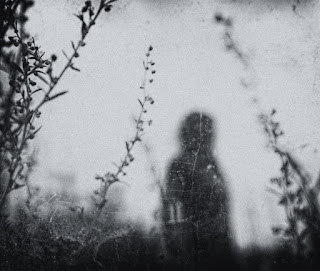 We can't allow for that.  We just can't.  I don't know who, or how, but I'm certain I have wronged someone.  I can say that it wasn't intentional, but I know that doesn't help.  I wish they could tell me about it and that we could work it out.  I am certain we can, if we can only both lay down our fear and selfishness.  In the midst of the wind and the flame described in Acts 2, we were given the most unifying power the world has ever known, the Spirit of God.  How can we keep hold of the hurt that separates when we have access to such a power to heal?

Years ago, I jotted down some thoughts that still remind me that his plan has always been that wherever we go as a family, that we would go  together....you and me...lets never forget it.

At first, just His voice in the wind above the darkness,
and somehow,
even then I was on His mind,
and so were you.

There we were, names on the lips  of a voice from heaven.
A joyous potential, unveiled in the reflection of forever hopeful eyes.
As we have grown, we are drawn back to that voice in the wind.

It was our hands that ignorantly constructed
the framework of our own forgiveness from the tree
His word spoke into existence so long ago.
Yet, isn’t that how it has always been?
The one who we cannot see,
has gone before our every triumph and tragedy,
building corridors,
and windows
that guide the broken and spilled pieces of who we are back to Him.

Yesterday,
I thought that I heard him again;
calling me back toward that quiet place
and in that same sentence
He was telling me to take your hand as well,
so that we might come together.
I could not find you, but I will continue the search.
For there is something about you holding His hand
and me holding His hand
and our hands together,
that was a part of that plan in the long ago.
There have been times when I couldn’t find you
and you couldn’t find me
and even times when we rested alone
in uneasy places where we couldn’t find Him,
either of us.
But His voice above that darkness too, has led me back to Him and also back to you.
And we both know that our paths
will never be so far apart that I can’t see you over there....
no matter how tall the grass grows between us.